Skip to content
It is believed that tea originated in China and initially introduced to Portugal.  ‘The importing of tea into Britain began in the 1660s with the marriage of King Charles II to the Portuguese princess Catherine of Braganza, who brought to the court the habit of drinking tea’ (http://en.wikipedia.org/wiki/History_of_tea).
During a period of time when it was the custom to have two main meals – the ‘credit for the custom of the Afternoon Tea goes to Anna, the 7th Duchess of Bedford in the early 19th century. The usual habit of serving dinner as late as 9pm left the Duchess hungry in the late afternoon. To stave off the hunger she would order tea, bread and butter and cakes to be served in her room. This was thought to be an excellent idea and the habit caught on and the afternoon tea was born’ (http://britishfood.about.com).
Fast forward to the weekend of January 25th/26th 2014. A group of TPWs came together for tea. What a fashion display! What elegance!.

Earlier in the day, TPWs stretched with Barb Gormley 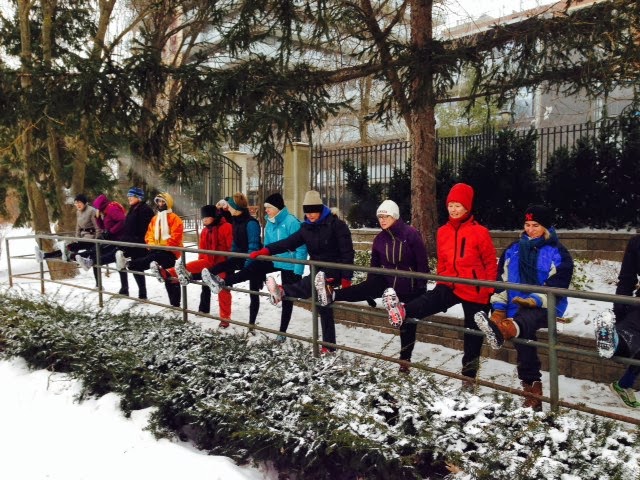 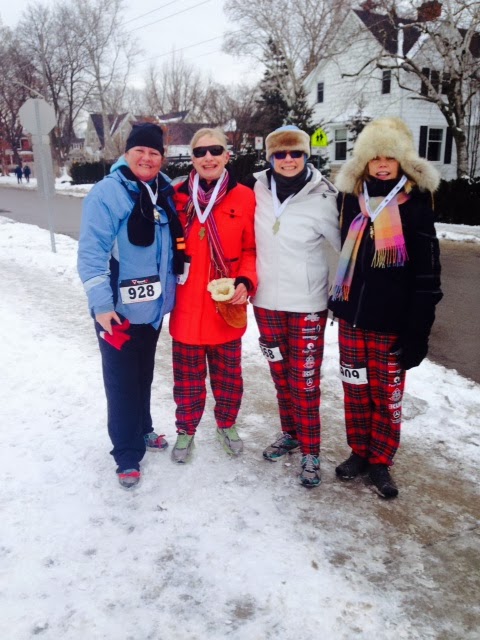 and the following day some walkers raced braving the cold but smiling, sporting their Robbie Burns tartan pants
History, continuity and walking the distance; all in a weekend. Thumbs up.